Rebuttal: 3 reasons why Bitcoin won’t be the new Internet

Yesterday the article 3 reasons why Bitcoin won’t be the new Internet made the front page of Hacker News. I predict bitcoin will not fail for any of the reasons mentioned in that article. 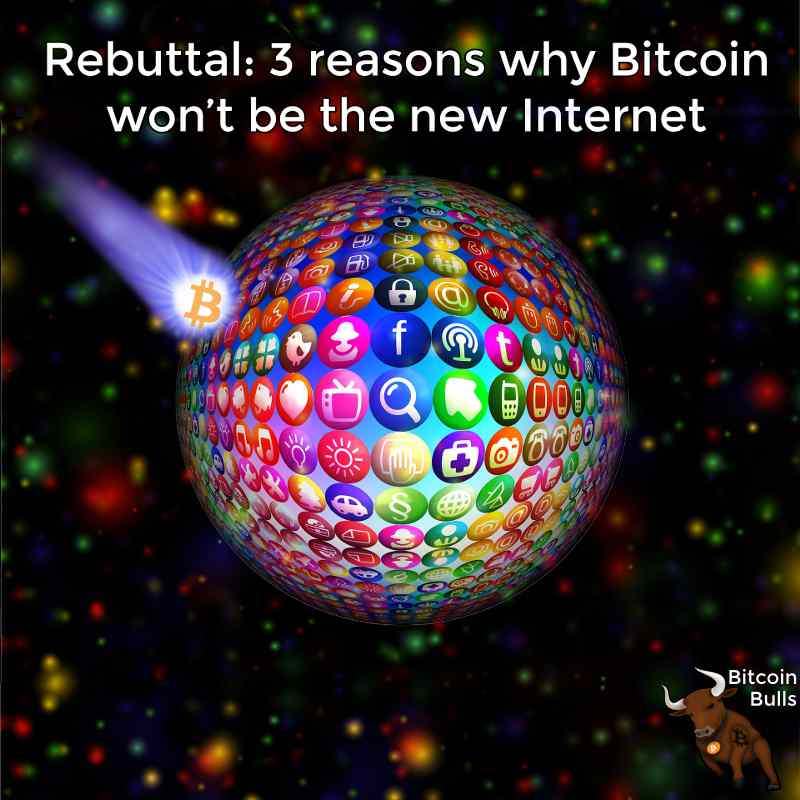 Sidney Sida Zhang did a nice sounding write up on 3 reasons why Bitcoin won’t be the new Internet. As good as they sound to some, Sidney’s arguments don’t make sense to me. For context I’ve been a big bitcoin supporter since 2013 and I’ve used bitcoin for hundreds of transactions

Has Sidney used bitcoin much?

I suspect Sidney has not used bitcoin much. Why is that? Sidney makes the mistake of thinking bitcoin is only useful for illegal transactions. Update: Sidney and I had some Twitter correspondence. He has used bitcoin more than I thought.

My latest example: this week an electronic check I sent cleared. When did I issue it? 12 days prior. Oh and this:

Wanted to send a check today. Found out that checking account had closed due to inactivity. Can't wait for a #bitcoin world!

How long did it take me to reopen a checking account with a bank I already had a relationship with? 2 hours. How long does it take to add new account with a company like Coinbase? 2 minutes? Less? Maybe 10 if you are really slow.

Oh you want to open that account during non-banking hours. Good luck with a traditional bank. Not a problem in bitcoin land.

Sidney I appreciate you sharing your thoughts on why bitcoin won’t succeed. However I disagree with each point you make. Here are my rebuttals: 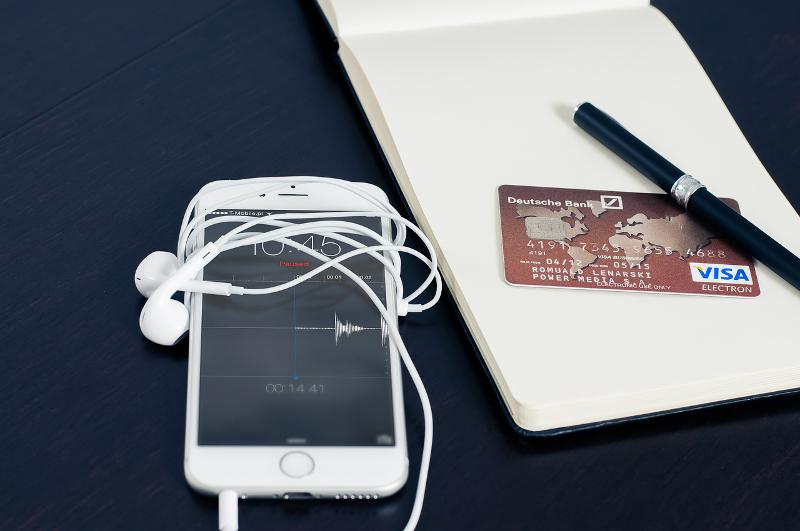 Bitcoin is not cheap! Proof-of-work network is intentionally expensive.

First Visa spent $5 billion on their payment-processing network in 2014. The Federal Reserve has budgeted $717.9 million for 2015 currency production. Monetary systems and payment processing systems have costs. Bitcoin will never be free.

I believe at scale bitcoin will be cheaper than processing networks: Visa, MasterCard, Western Union, PayPal, etc. I expect it will still be expensive in the sense that billions of dollars will be spent processing payments and securing the network. It will be cheap in the sense that tens of billions in fees will be taken out of the financial system.

Today many people see the block reward as a subsidy (Sidney calls it seigniorage). It is not either. It is a stated distribution mechanism. If I start a company and give people shares over a 5-year period for helping start the company I am not subsidizing them or minting new shares. I am compensating them for helping me start a company.

Bitcoin block rewards are not subsidies. They are serve compensation to miners for securing a nascent payment processing network. The rewards also help distribute bitcoins. One problem with digital currencies is who gets them (21 million of them in bitcoin’s case)? No one has developed a more successful distribution mechanism than Satoshi’s seemingly prescient block reward system.

By design bitcoin miners will eventually be only compensated by fees. Will the network shut down at that point because it will be ‘too expensive’? Sidney says yes, bitcoin is intentionally expensive. Lets dig into that.

Further Visa has about 300 million users. Bulls like me envision billions of people using bitcoin, so in the future bitcoin TPS may dwarf Visa’s current volume.

Yes in the scenario I outlined bitcoin needs scale to compete with Visa, but that’s why the blockreward is ingenious. The block reward provides a way to bootstrap the network to profitability. Without the block reward (subsidy, seigniorage) who would lose money by mining? Would the network be more powerful than the worlds 500 super computers?

Yes converting adds costs (which are dropping by the way), but by eliminating fraud it is already cheaper.

It is cheaper for me to convert dollars to bitcoin (.5%) then pay Dell who converts it to dollars (1% yes I know many merchants charge 0% for conversion, but lets help Sidney’s case) than it is to pay credit card companies 2% or more. It looks more expensive because .5% of that cost is born by consumers but actually it is a cheaper transaction to the overall ecosystem (fraud, marketing, processing, etc. are expensive for Visa & MasterCard) It is also an unfair comparison. What if your users never convert to fiat? If bitcoin is successful on a large-scale conversions will be unnecessary. Today a few million people use bitcoin and only 100K merchants accept bitcoin. The more people who use bitcoin and the more merchants who accept bitcoin the less the need to convert.

The entire Bitcoin industry is subsidized by VC investment

Back to the subsidies for merchant processors (I’m not sure if Sidney knows there are other areas investors are putting money into) whereill they be able to continue with 0% processing? Sidney says no. I say maybe. Ever heard of companies like Google, Facebook, Mint.com, or Discover? As a consumer I pay nothing for those products. However each one earns billions in revenue. Can BitPay do the same sans subsidies? I think so.

Reason 2: Bitcoin will not end the need for trusted central parties 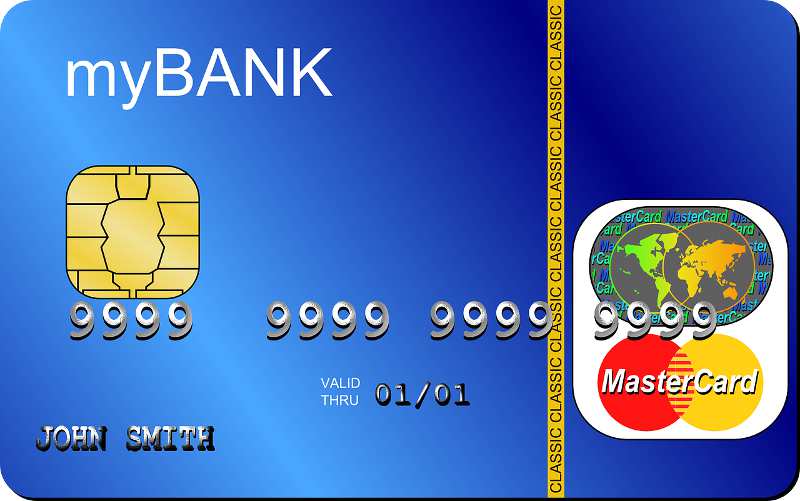 Crypto will not replace fiduciary duties

I think Sidney is trying to say there are more scams in crypto than in regulated industries. Please google billion dollar scam sec. See a page full of bitcoin scams?

Sidney is right, bitcoin will not eliminate scams, but it will do what regulations cannot do: it will prevent the possibility of some types of scams (one can’t forge bitcoins for example). Sidney fails to realize bitcoin has attributes that can eliminate scam attack vectors (provable reserves, transparency, trustless escrow, etc.)

Getting back to Sidney’s earlier point about bitcoin being ‘expensive’ fraud is a big reason why traditional financial systems are slow and expensive, to counteract fraud. Bitcoin is faster than the existing financial system (minutes vs. days) because there is no possibility of payment reversals, forgeries, etc.

True. Bitcoin gives intermediaries new tools to support use cases that are impossible with today’s technologies while lowering costs and increasing settlement speed. Direct mail companies didn’t disappear when email appeared (well some did :)), but the smart ones took advantage of email’s efficiencies to trounce their slower moving competitors. I expect we will see the same thing in bitcoin, intermediaries using bitcoin to provide better services to customers using the new capabilities.

Full decentralization and trustlessness are important for illegal transactions

This isn’t an area I have much knowledge in. I’m not sure if criminals keep detailed receipts of their illegal transactions and make those receipts available to law enforcement, but I suspect they do not. I have read drug dealers prefer cash (no electronic records) to bitcoin since transactions are stored in an immutable public ledger. The Verge’s article: In the Silk Road trial, Bitcoin is a cop’s best friend supports this line of thinking.

Reason 3: Internet is not a good analogy for Bitcoin 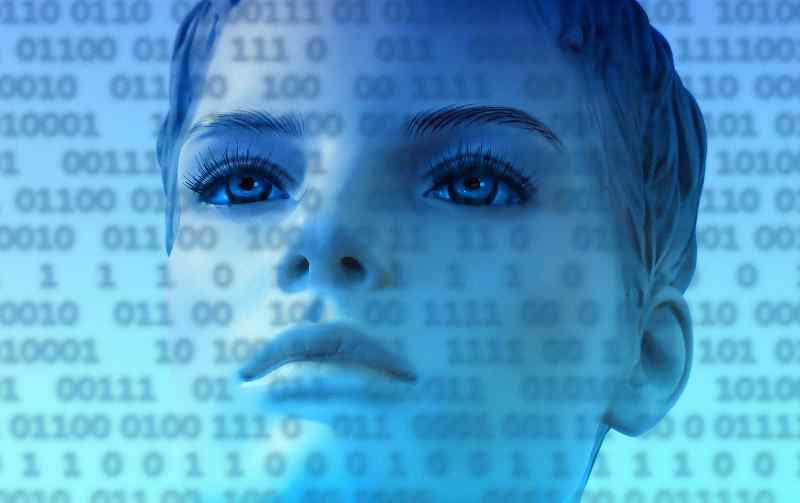 I’ve invested in BTCDelta, Bitfinex, and BTCJam. Were the returns I got not useful? Did the counter-parties borrowing my money do so out of charity? When I was in the Dominican Republic and gave someone $5 of bitcoin through Circle with no fees was that not useful? What about the remittance markets like 37Coins that save consumers 80% on transaction fees?

Bitcoin is orders of magnitude faster and cheaper for many types of financial transactions. It’s slew of useful attributes also enable new business models like Factom. The utility at this nascent stage and the almost unlimited expected future utility is precisely why people compare bitcoin to the Internet.

I see it as the most empowering force since the Internet. Utility? Yeah in spades.

Bitcoin is primarily a speculative asset. Yes most bitcoin holders are speculating on future value. However if most domain name owners in the 90s were holding speculating the value would increase that does not mean the Internet was not going to succeed. Another example. Today Tesla and Amazon stockholders own those stocks based on expected future earnings. That does not mean those companies are worthless.

Internet did not make design trade-offs to primarily focus on censorship resistance at the expense of other qualities (such as speed).

I don’t know enough about the Internet’s design to comment. I do know that bitcoin dramatically increases settlement speed (10 minutes vs. days for credit cards, wire transfers, checks, etc.) so even if it wasn’t a design goal it did a nice job of dramatically increasing speed.

the primary use of bitcoin is illegal transactions.

If online gambling became legal there would be no use for bitcoin.

Being able to take customer payments from all over the world in minutes without fear of fraud not useful? Sidney should write Overstock, Microsoft, Dell, Dish, Time, Newegg, Expedia, etc. and tell them to stop accepting bitcoins. Apparently eliminating fraud, reducing payment processing fees, and being able to service new markets are not good reasons for merchants to accept bitcoin.

Also known as: CPUs are useful, just not computers.

How does one make a secure blockchain (remember that ‘expensive’ thing Sidney mentioned earlier?) without mining fees and block rewards? There is no blockchain on earth that has the security of the bitcoin blockchain. Thousands of other cryptocurrencies exist that have tried and failed to overthrow bitcoin. Canada even gave up on MintChip, their attempted digital currency. This line of thinking is flawed. The blockchain is useful because it is secure. For less secure applications we have databases :) It is secure because it is ‘expensive’. Maybe someone smarter than me can create a useful blockchain sans the currency.

Sidney doesn’t draw attention to it (casually mentioned in the last sentence), but these three words are the most compelling argument in the essay. Value fluctuations are a problem bitcoin has to work around to gain an overwhelming network effect (when it does the fluctuations will be gone) but more on that next week :)

What problems do I see?

As someone who has used bitcoin for over 700 transactions totaling over $100K I’ll discuss what I worry about in a post next week.

If I’m wrong let me know in the comments. If you agree, got something wrong, or missed something, you can let me know too :)