Earn Bitcoins Through The House Edge

There is one winning gambling gambling; be the house. Diggit.IO is a well designed bitcoin gambling site that lets investors earn bitcoins by financing the site. 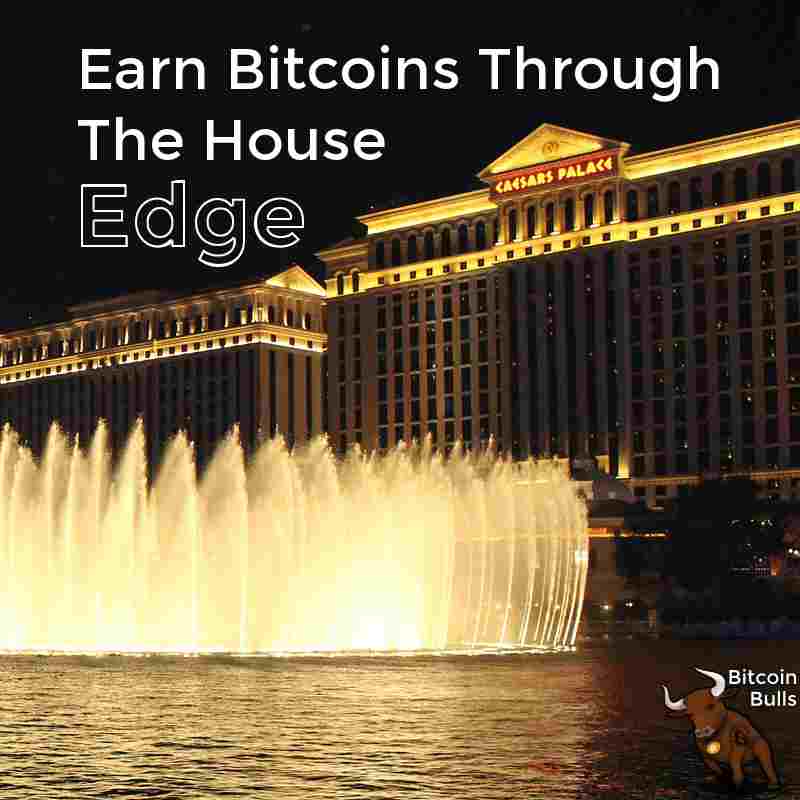 In 2013 I made two very profitable investments with bitcoin:

My Diggit.io investment began just like my JustDice investment, through a news article (which I can’t seem to find now).

Fortunately having had the JustDice experience I knew the key factor determining the profitability of this investment: is Diggit.io trustworthy?

If the site is honest, doesn’t get hacked, and doesn’t run afoul of the law I know it will provide high returns.

I knew this investment would be a passive cash cow. In gambling the house always wins. The investment model is simple. Deposit bitcoins and earn weekly interest. Absolutely no work required.

However I also knew that there would be strong incentives working against my investment and the more successful the site the more risky the investment would become.

I don’t have a large amount of trust in this site and probably never will. If the site operated in a reputable jurisdiction and the owner was clearly identified I would feel more comfortable.

I decided to send a small amount of bitcoin to test out the site and report back to you :)

I have read in forums that sites like Coinbase and Circle have terms of service that prohibit using gambling sites. I didn’t want my Circle or Coinbase account cancelled so I decided to use Blockchain to perform the transfer. Blockchain works differently from Circle and Coinbase in that it doesn’t have or want custodial control of customer’s bitcoins. Instead it wants to give customers full control (and responsibility) of managing their money.

Before sending any money I googled around a little bit to look for obvious signs of scam. Usually this would be forum posts from users complaining of withdrawal problems. I planned on only putting in a small amount of bitcoin so I didn’t spend a huge amount of time googling. I recommend googling before investing and also starting small. I can always start with a small investment and increase it. However there is no recovering funds from a successful bitcoin scam.

Here is the first look at Digit.io 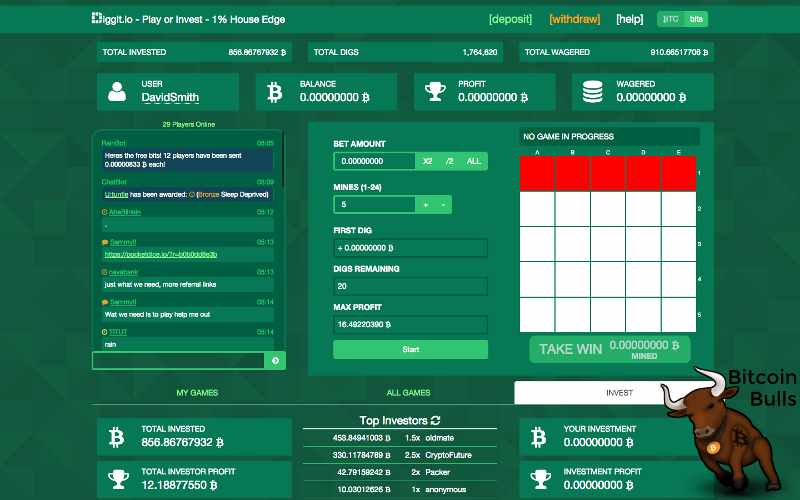 One weird thing about Diggit.io is that accounts are created without passwords. 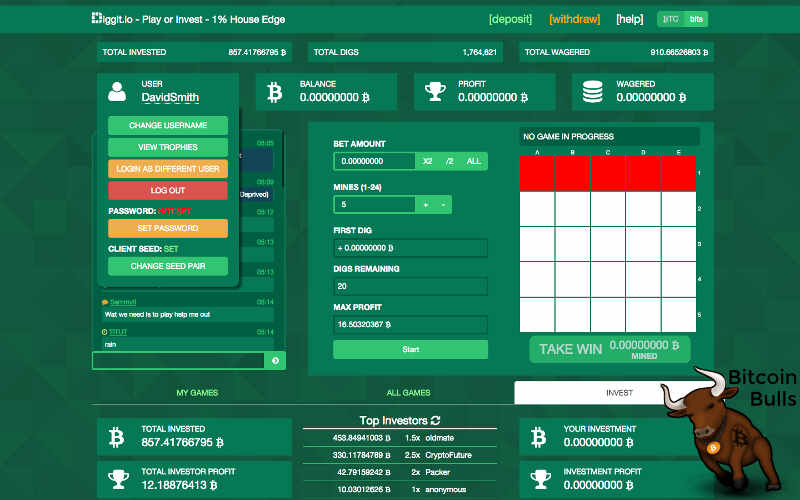 Since I’ll be depositing bitcoins into the site and don’t want to lose access to the coins I created a password. I did this by clicking the ‘Set Password’ button. 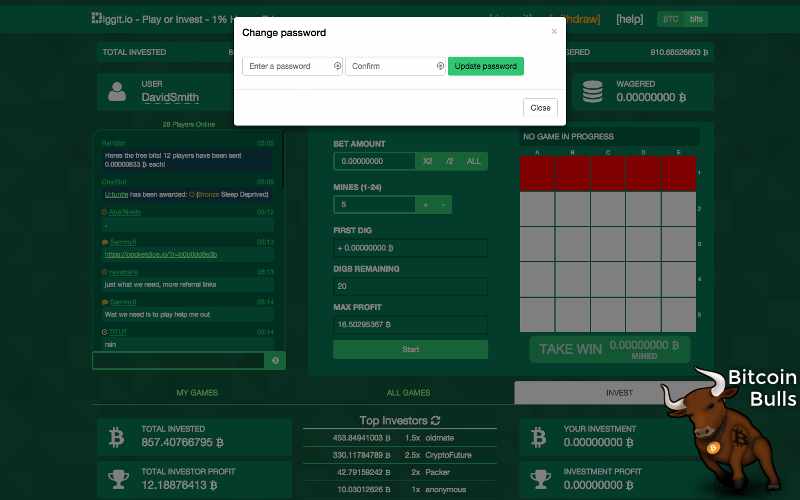 To teach players how to use the site, Diggit.io gives free bitcoins through their RainBot. Periodically the RainBot will post in the chat “Im bringing the rain! Click here get some free bits.” Players who are quick enough to click the link get some free bits. 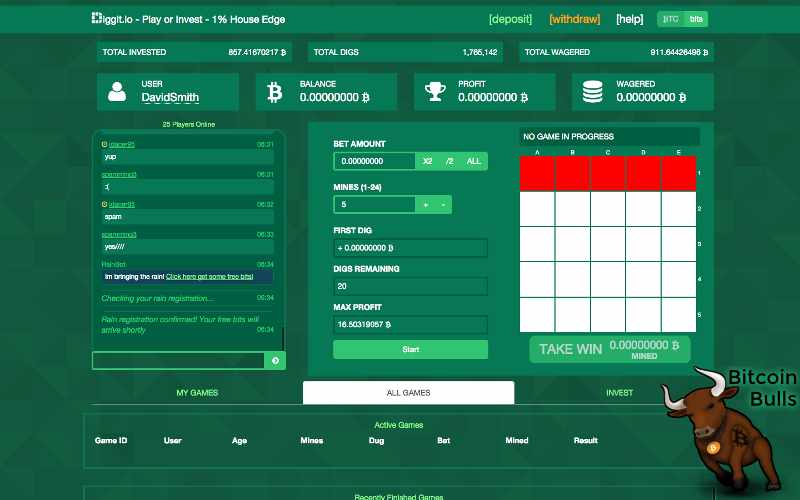 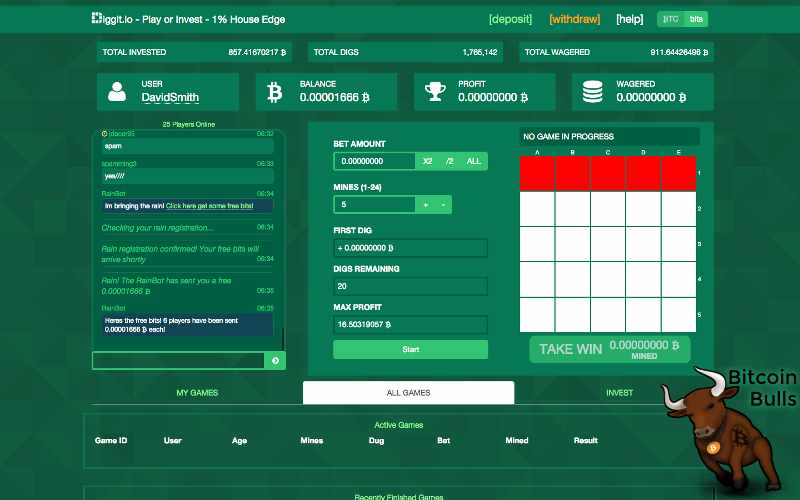 I tried to withdraw the bits, but there is a minimum withdrawal amount (0.0002) and a withdrawal fee (0.0001). I saw I was going to need a lot more free wins to make a withdrawal.

I’m not here for fractions of pennies so I moved on to depositing bitcoins.

I know coinbase analyzes where customers send bitcoins and can cancel accounts that violate their terms of service, for example sending bitcoins to gambling sites. I decided to use blockchain to make the deposit. 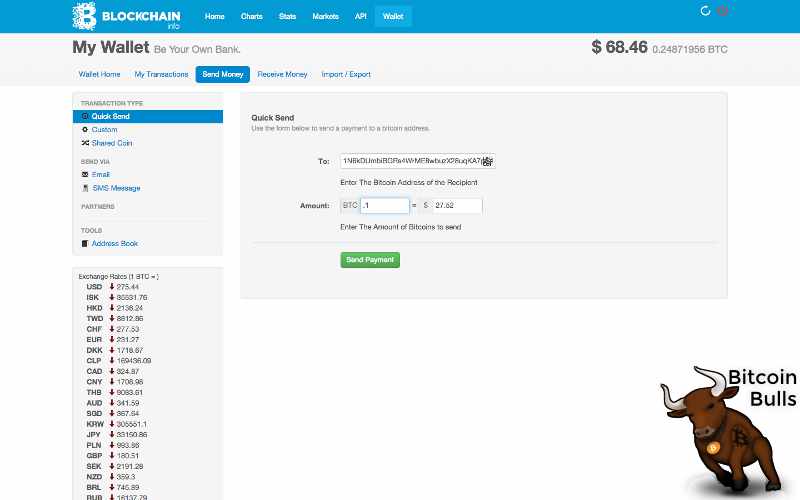 Diggit.io beeped as soon as I sent the bitcoins (.1) to let me know the funds were sent. The user interface also popped an overlay stating .1 bitoins are pending and there are 0/1 confirmations. I know exactly what’s going on, very cool! 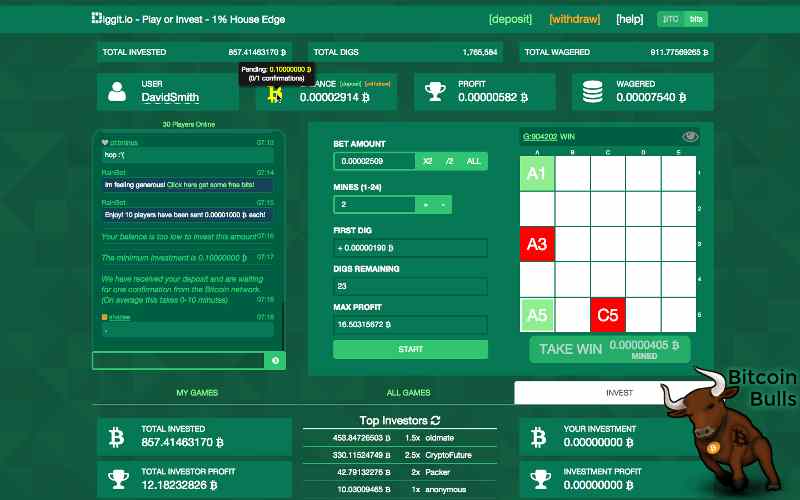 Diggit.io lets investors increase their risk level up to 2.5 times. This increases volatility but gives investors more power for the amount of coins listed. In my case of investing .1 bitcoins it has the effect of performing as if I’d invested .25 bitcoins. This is a very cool feature and I took advantage of it.

From my JustDice experience I know some investors don’t like the variance. In fact on JustDice some investors would pull out their bitcoins when they saw whales (large gamblers) make deposits or start gambling. It can be harrowing to watch hard earned profits evaporate or even go into negative territory. My thinking is as long as the odds are on my side I want as much exposure as possible.

Winnings and losings start immediately after my .1 deposit is invested. 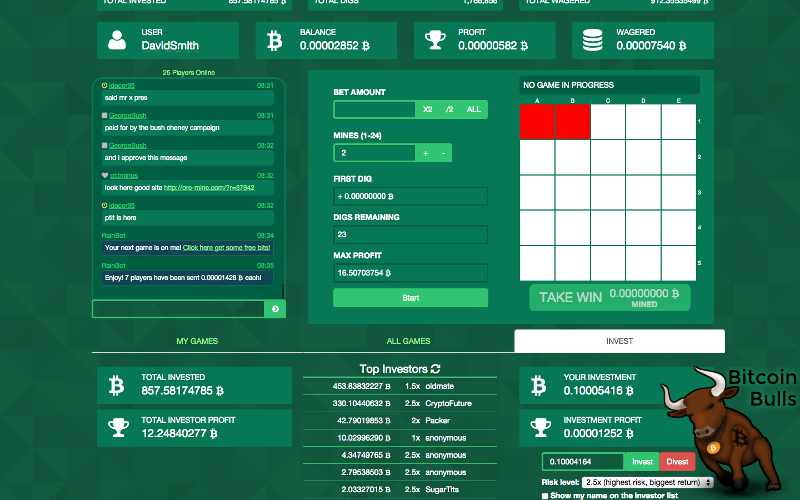 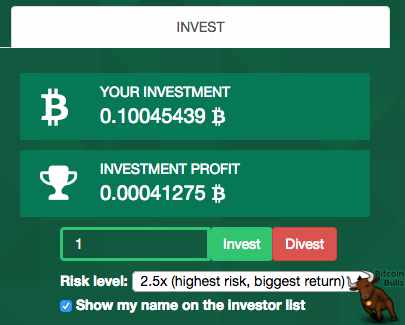 Diggit.io has a great user interface and the potential to provide large (26%+) returns to investors. However these sites typically lose customer coins. Either the site operator runs off with the coins, the bitcoins are stolen, or the site is shut down by law enforcement.

I don’t plan on investing anymore coins with Diggit.io.