Two bitcoin ETFs are coming to market. The Winklevoss COIN ETF and Barry Silbert's COIN ETF. Learn what an ETF is, when they are coming, how they will work, and what the impact may be when they are public. 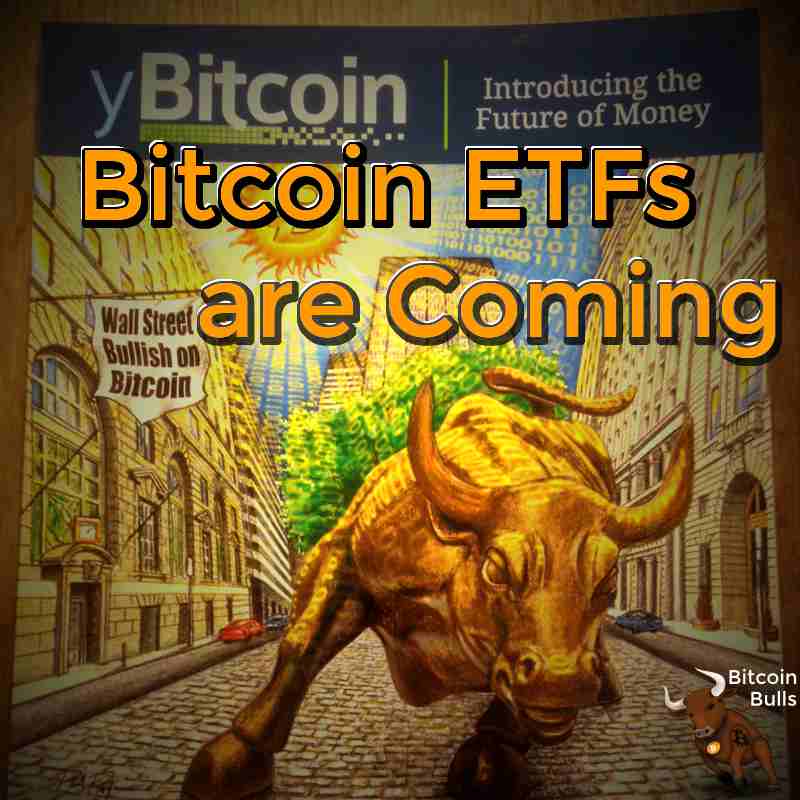 There has been a lot of buzz about the upcoming Winklevoss bitcoin ETF. This article explains what an ETF is, provide details on the bitcoin ETFs (yes there are TWO coming!), and discusses the potential impact of these ETFs.

What is an ETF?

ETF stands for exchange-traded fund (ETF). Investment funds are a supply of capital from multiple investors for the purpose of buying securities where investors retain ownership of their shares. Exchange traded means the fund will trade in a marketplace such as NYSE (where Wal-Mart shares trade), NASDAQ (where Facebook shares trade), or OTCQX (where Volkswagen shares trade).

Investopedia defines an ETF as:

A security that tracks an index, a commodity or a basket of assets like an index fund, but trades like a stock on an exchange. ETFs experience price changes throughout the day as they are bought and sold.

This means after the Bitcoin ETF launches, investors who are used to buying stock with their Charles Schwab, Fidelity, E*Trade or TD Ameritrade accounts will have an easy familiar process to invest in bitcoin.

Most investors, like my dad, are used to buying stocks through their online brokerage. The idea of buying bitcoin through Circle or Coinbase, who they have never heard of, is inconvenient, foreign, and scary.

Don’t believe me? I created a 3-minute video showing how to buy your first bitcoins with Coinbase. One of my family members, an investor with 30+ years experience, was unable to complete a Coinbase purchase after spending 4 hours with support staff. The user experience was too different from what she was used to. If the bitcoin ETF had existed she would have opened her bitcoin position in a matter of minutes.

The OTCQX listing will be in a market with lower prestige than NASDAQ. Companies like Volkswagen, Heineken, Walmart de Mexico, and Yamaha are listed there. The reason for going with an OTCQX listing is to bring the fund to market faster.

The COIN ETF is the more well known of the two ETFs. Generally it is the bitcoin ETF people are talking about. It has gotten a lot of press already and will get even more if it launches.

The Winklevoss Bitcoin Trust will be listed and trade on the NASDAQ exchange using the ticker COIN.

The Shares are intended to offer investors an opportunity to participate in bitcoin markets through an investment in securities. On the first day of trading, each Share in the initial Baskets was comprised of [0.20] bitcoins. The logistics of accepting, transferring and safekeeping of actual bitcoins are dealt with by the Custodian using the Security System, and the related expenses are built into the price of the Shares. Therefore, the investor does not have any additional tasks or costs over and above those associated with dealing in any other publicly traded security.

Here is the formula:

Winklevoss IndexSM (also known as WinkDexSM) provides a blended price for bitcoins. WinkDex is calculated by blending the trading prices in U.S. dollars for the top three (by volume) qualified Bitcoin Exchanges during the previous two hour period using a volume-weighted exponential moving average. This proprietary formula weights transactions proportionally by volume as well as exponentially by time to give greater weight both to higher volume transactions and more recent transactions.

The NAV of the COIN ETF will be calculated daily and is the total value of the Trust’s assets minus its liabilities. The Trust Administrator will use the Winkdex (“Winkdex® spot price”) 4:00 p.m. spot price of the previous day to calculate the NAV.

Cameron and Tyler Winklevoss (of Facebook fame) are the faces behind the bitcoin ETF. They were early bitcoin investors, buying the currency directly and investing in companies like BitInstant.

Kathleen Moriarty is another key player behind the Trust. Ms. Moriarty is a titan in the ETF industry. She helped create the first (and largest - $125 B) ETF ever (SPY) and the first ETF to provide investors ownership in physical gold (GLD).

With the millions in bitcoin provided by the Winklevii and the regulatory expertise provided by Ms. Moriarty the bitcoin ETF has a good shot at being approved by the SEC. That leads to the next question, when is this coming?

This is the big question. No one knows when the SEC will approve the bitcoin ETF or even if it will happen. Bloomberg’s Eric Balchunas thinks it has a 50/50 chance of going public in 2015. He says if it does launch it will probably ‘steal the show.’ Meaning he believes it will get a LOT of press coverage. Listen to his own words in the Bloomberg segment:

It is easy to buy bitcoins through Circle and Coinbase, who needs a bitcoin ETF?

It turns out there are a few reasons: fear, opportunity, legality, convenience, and safety.

The investment objective of the Trust is for the Shares to reflect the performance of the value of a bitcoin as represented by Winkdex, less the Trust’s expenses. The Shares are intended to constitute a cost-effective and convenient means of gaining investment exposure to bitcoins. A substantial direct investment in bitcoins may require expensive and sometimes complicated arrangements in connection with the acquisition, security and safekeeping of the bitcoins and may involve the payment of substantial fees to acquire such bitcoins from third-party facilitators through cash payments of US Dollars. Although the Shares will not be the exact equivalent of a direct investment in bitcoins, they provide investors with an alternative that allows a level of participation in bitcoin markets through the securities market.

It will appeal to “technologically challenged folks” as well investors and investment funds (hedge funds, pension funds, etc.) who are unable to directly hold bitcoins based on their subscription agreements, but can buy/sell equities listed on the NASDAQ stock exchange.

Investors historically have chosen to offload the friction of directly buying and securing assets such as gold for a reasonable fee. We believe investors will behave the same with regard to bitcoin. Also, since the ETF will be listed on the NASDAQ, investors will be able to trade their shares in the ETF like they would any other stock in a public company.

Bitcoin Investment Trust (BIT) is a private, open-ended trust, that is invested exclusively in bitcoin and derives its value solely from those bitcoins. It enables investors to gain exposure to the price movement of bitcoin without the challenges of buying, storing, and safekeeping bitcoins.

The BIT is modeled after the SPDR Gold ETF, but functions similarly to a private fund. The BIT was created for sophisticated investors looking for exposure to bitcoin through an investment vehicle.

Grayscale investments, LLC, the BIT’s sponsor is a wholly owned subsidiary of SecondMarket Holdings, Inc. The fund is audited by Ernst & Young. 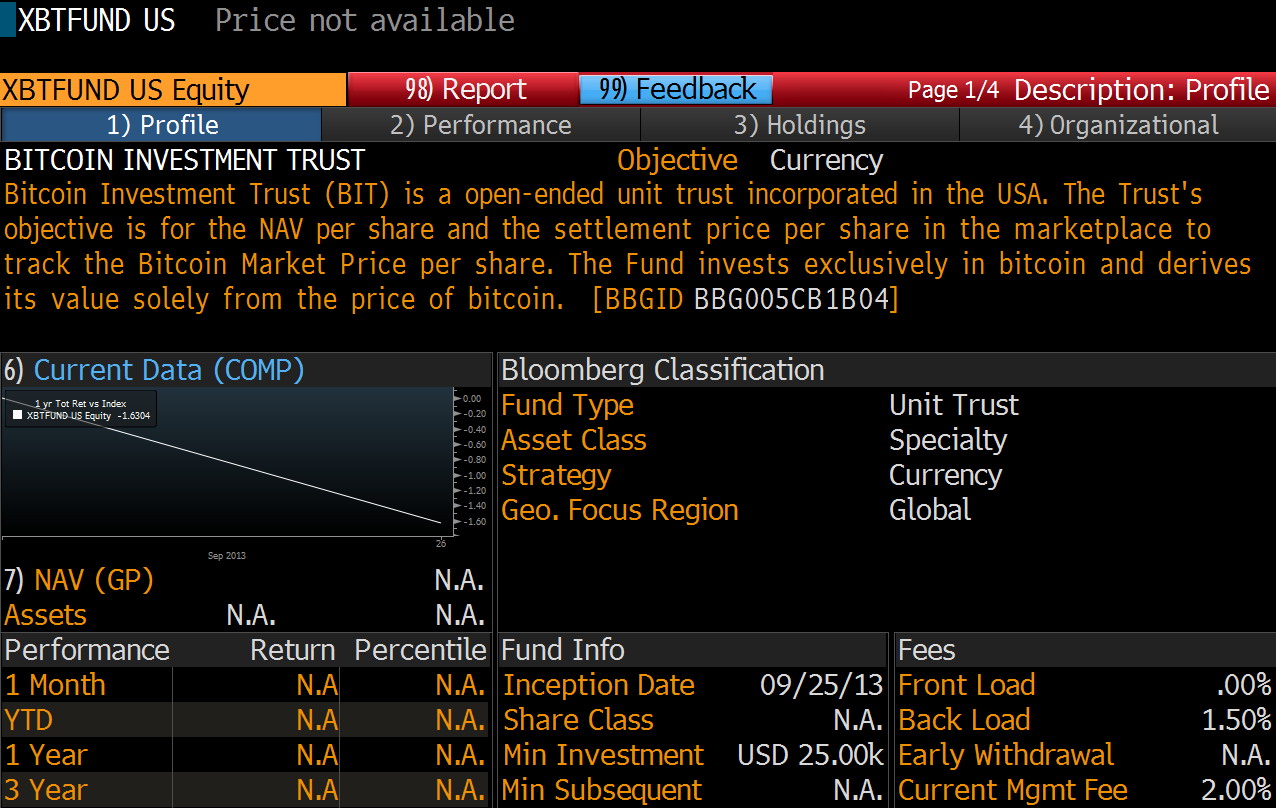 Barry Silbert is the Founder & Chairman of SecondMarket and the founder of the Bitcoin Investment Trust. In 2004 Mr. Silbert founded SecondMarket to create an online marketplace for trading illiquid assets like bankruptcy claims, limited partnership interests, private company stock, etc. SecondMarket processed over $2.5 billion worth of transactions from 2012-2014.

In July 2014 Mr. Silbert resigned from SecondMarket to focus exclusively on bitcoin through the Bitcoin Investment Trust and the Bitcoin Opportunity Corp (40+ investments), a seed fund headquarters in New York.

Scheduled to be taken public in the fourth quarter of 2014, BIT is a bit behind schedule.

BIT is already an investment fund. Why take it public?

Currently to invest in BIT requires being an accredited investor (over $200K in income or $1M net worth) and a minimum investment of $25,000.

Additionally it is inconvenient to purchase shares for an IRA. It requires brokers talking to each other and special considerations being made.

Once the BIT trades on the OTCQX marketplace investors will be able to login to Charles Schwab, Fidelity, E*Trade, TD Ameritrade, etc. account and purchase BIT shares. That is more convenient, more accessible (no need for accreditation), and has lower minimum investment amounts.

Listing on the OTCQX marketplace instead of the NASDAQ has lower regulatory requirements, lower disclosure requirements, and lower costs. This should enable the BIT ETF to get to be publicly available sooner than COIN.

When either the COIN or BIT go public many new investors will have access to conveniently and securely invest in bitcoin.

Some analysts equate the bitcoin ETF to the launch of the gold ETFs in 2003 in Australia and the US in 2004.

Before the first gold ETF, investors could not invest in gold easily, said Rhind. They could buy coins or bars, but due to the costs of storage and acquisition, “it was really a market for specialists,” and investing in gold was “not at all liquid, transparent or efficient.”

Here is an inflation adjusted 100 year gold chart from macrotrends.net: 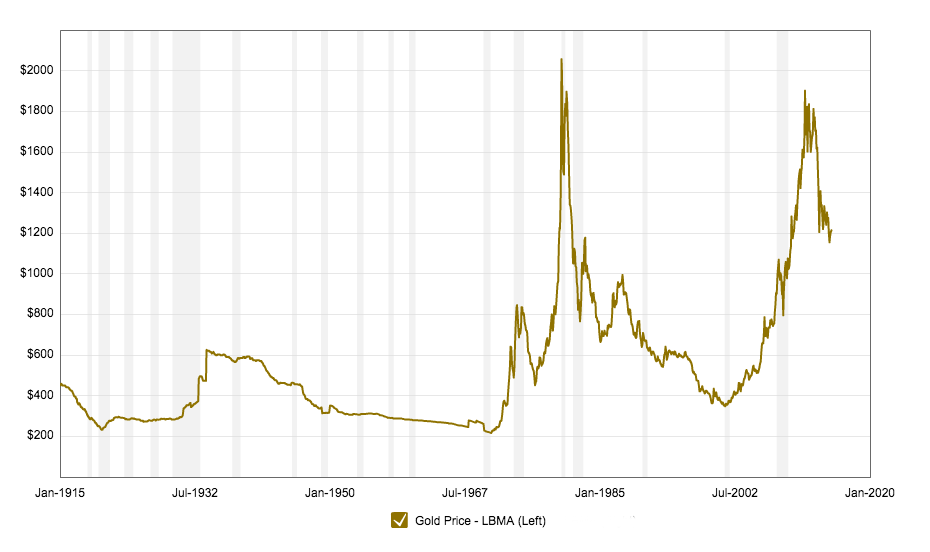 Notice the big up-tick right around the time of the Gold ETF launches through 2012. Some analysts and investors predict a similar upswing for bitcoin when the bitcoin ETFs are publicly listed.

In addition to the impact on price, there will likely be more volume due to the increased accessibility. This increased volume may smooth out price volatility and reduce slippage (price movements) on bitcoin trades. Finally, investors will be able to short, take margin positions, and buy option positions.

How will the ETFS differ once both are public? COIN will have a bigger launch, press, and prestige by being on NASDAQ. BIT will have over a year’s experience purchasing, selling, and securely storing bitcoins.

Of course everything has a downside. Here are some potential negatives:

Potential negatives of a bitcoin ETF:

Are there questions this article didn’t cover? Are you going to buy either of the ETFs? Let me know in the comments! 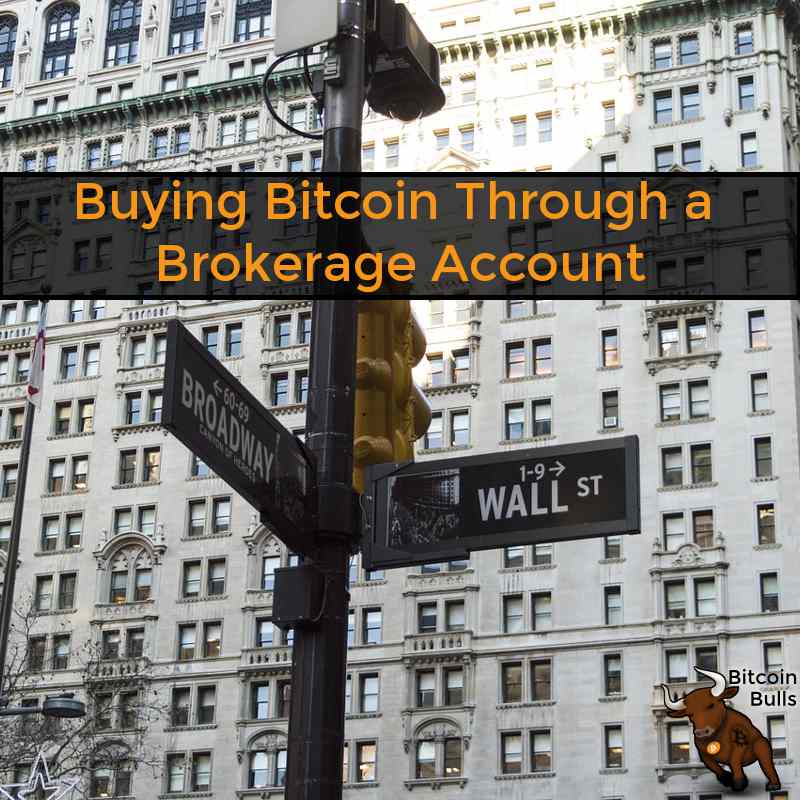